Join us for a 3 days excursion to see the famous Golden Circle and the South Coast. Experience the beauty of our glacier lagoon Jökulsárlón, hike on Europe’s largest glacier and powerful waterfalls.

Join us for a 3 days excursion to see the famous Golden Circle and the South Coast. Experience the beauty of our glacier lagoon Jökulsárlón, hike on Europe’s largest glacier and powerful waterfalls

The Geysir geothermal area hosts many colorful hot springs. One called Strokkur is a geyser, which erupts every 5 minutes up to 35 meters. It was named after “Geysir” the original erupting hot spring, that gave all the geysers in the world their name, however extinct today. 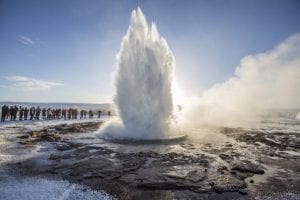 The melting water from Iceland´s second biggest glacier, Langjökull, falls into a deep canyon forming the majestic “Golden Falls”. On a sunny day, you can see the glacier Langjökull in the distance and enjoy a rainbow in the mist of the waterfall, an photo blockbuster waiting to happen! 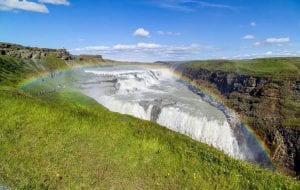 We visit the place where the two tectonic plates, the North American and the Eurasian plate, are moving away from each other. Few places in the world offer a better and clearer view of this massive geographic activity. The biggest natural lake in Iceland is also located at Thingvellir National Park and hosts a great variety of fish and bird life. Thingvellir is also an important place for Icelandic national history. as Icelanders founded here their parliament in 930 AD where the chieftains had their annual meeting every summer. The name “Thingvellir” translates to “Parliament Plains”. 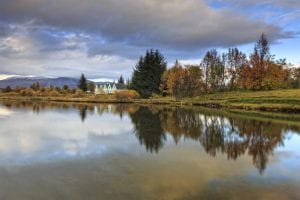 While snorkeling in Silfra you’ll find yourself between two tectonic plates, the North American continent and the European continent, floating in pure filtered glacier water and tick off your bucket list the ultimate tour in the world’s clearest waters. The best part? You’ll receive free GoPro photos after your tour.

Participants in snorkeling MUST have read and signed this Snorkeling Medical Statement before the tour – click here. We recommend that you also read the other requirements in the FAQ. 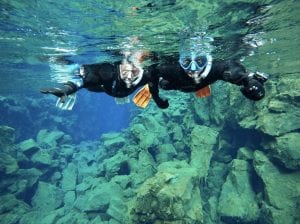 Upon arrival, you will enjoy the powerful theatrics of Seljalandsfoss. Bring a raincoat and you’ll be able to make the short hike behind the falls. The scene behind the fall and the trembling ground from the power of the falling water makes for an automatic photo blockbuster! 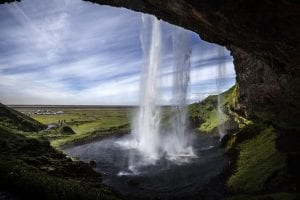 Further east along the coast is Skógafoss waterfall. Skógafoss is an incredibly picturesque sight: tucked in a little gorge, the river Skógá tumbles down a 60 meters cliff before continuing down the landscape towards the Atlantic Ocean. Alongside the gorge, a staircase can take you to the shelf above the waterfall for stunning views. We will hike an outlet glacier spawning from the largest glacier in the country, Vatnajökull. A spectacular experience and opportunity to learn more about this breathtaking natural phenomenon. Skaftafell area has been used as a filming location for many famous TV shows and films, such as Game of Thrones. 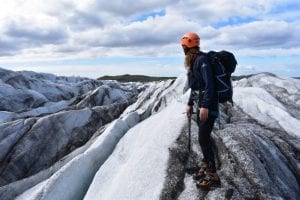 Try an exciting boat trip on an amphibian boat sailing among the huge icebergs in the picturesque scenery of Jökulsárlón. Taste the hundreds years old ice and if you are lucky you might even see some cute seals. 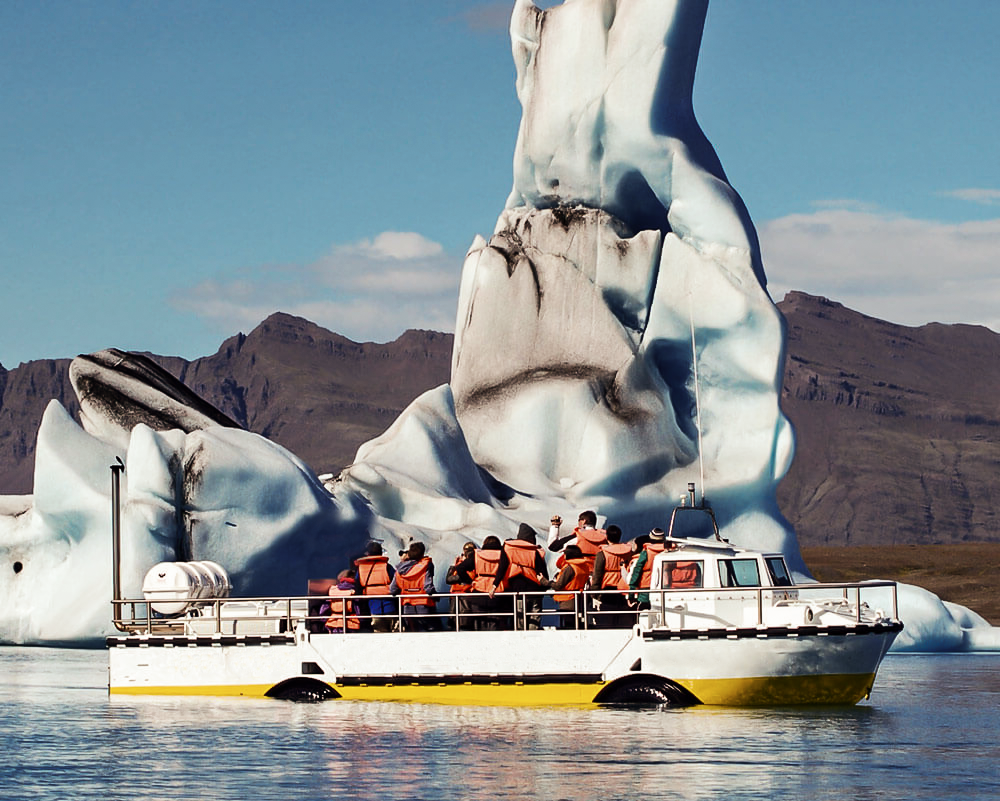 Jökulsárlón is a 200m deep glacier water lagoon fed by the melting of Breiðamerkurjökull, an outlet glacier of Europe’s largest glacier Vatnajökull. Enormous icebergs also fall from Breiðamerkurjökull all year round so the lagoon is usually filled with ice blocks that float South. 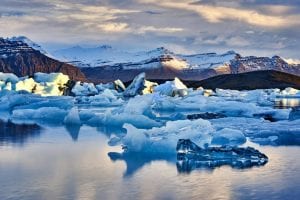 On the other side of the road, the icebergs from the Jökulsárlón glacier lagoon float into the Atlantic Ocean where they are quickly thrown back to shore by the tide and winds. This black sand beach is full of smaller ice blocks in all shapes and sizes, sparkling like diamonds in the daylight. The ice itself comes in all shades of white and blue forming beautiful contrasts. 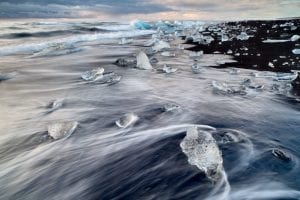 We visit the Black Sand Beach of Reynisfjara where the Atlantic coastline presents massive waves hitting the unique basalt pillars in the cliffs above the sand. The cliffs of Dýrhólaey are seen in the distance. This area of the south is also a paradise for bird lovers, as puffins, razorbills, and dozens of other species nest on top of these cliffs in the summertime. 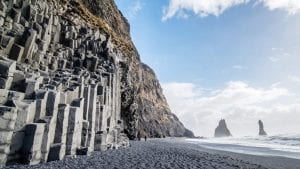 You also have the option to add Dragon Glass Katla Ice Cave as an extra for this tour. In this off-the-beaten-path tour driven in a Super Jeep to a natural ice cave underneath Katla volcano, you’ll admire the lunar landscape, moss-covered mountains, and glaciers, and explore the mighty Dragon Glass Ice Cave. 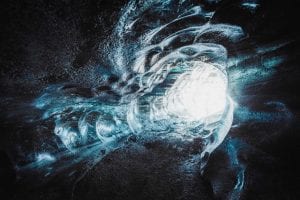 What you need to bring

• Order or availability of attractions may change due to road or weather conditions and we may have to adjust timings to the short daylight of winter days.
• The limit is one suitcase of 24 inches per person, but you can store your extra luggage in our office for 1,000 ISK. It can be added as an extra fee at the time of booking and is non-refundable upon payment in all cases.
• Customers traveling on their own will receive a single room. Reservations for 2 people will be allocated a double room. For bookings of 3 or more, triple rooms will automatically be allocated. If these arrangements do not meet your requirements, please contact the provider.
• Pick up is from designated locations in Reykjavík on a drop-down menu at the time of booking. Pick-up is not available from Keflavik airport or outside of the greater capital area.
• Ice caves are a dynamic ever-changing natural phenomenon only accessible during wintertime when temperatures drop below zero. Each year new unique caves are formed in different areas of the glacier. We visit a naturally formed ice cave during this tour. The photos on our website and social media are from this winter season, but the ice cave we visit might have changed of appearance due to the dynamic nature of these formations.